Short-term rallies will be selling opportunities more likely than not.

ETH and BTC Are Under NASDAQ Index Influence on China…

Bitcoin has put people to sleep over the last couple of months, but the one thing that I am paying the most attention to is the $18,000 level. When you look at the totality of the last several months, you can see that we are trying to form some type of descending triangle, so I think that will only add to the idea that anything below $18,000 opens up a bigger move.

Short-term rallies will be selling opportunities more likely than not, in a move below the $18,000 level on a daily close could have this market looking toward the $15,000 level in the longer-term. 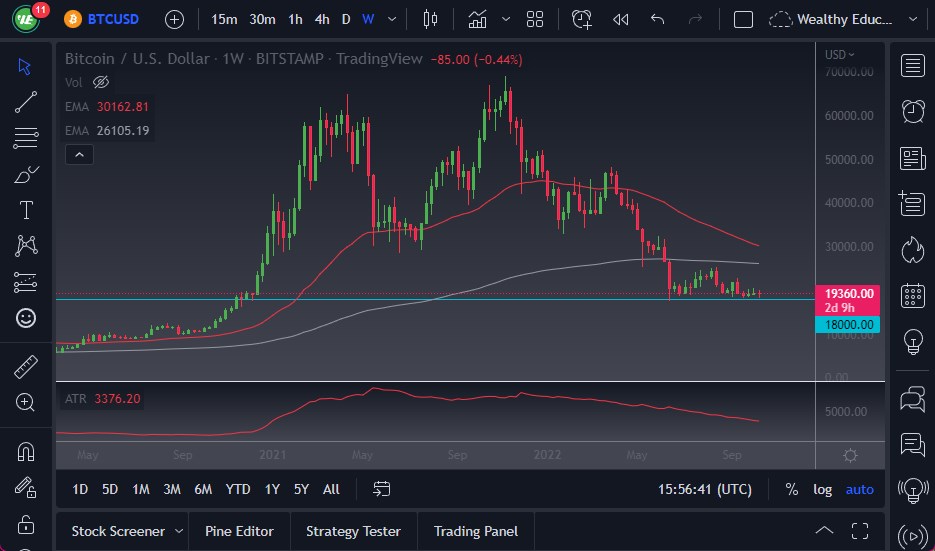 The West Texas Intermediate Crude Oil market has fallen during the week, as we seem to be hanging around the $85 level. That being said, we’ve only taken back about half of the very bullish candlestick from the previous week. There are lot of noisy moves out there that will continue to cause this market to go back and forth. After all, OPEC cut production by 2 million barrels this past week, but as you can see, prices fell. This is because there are a lot of concerns out there about global recession, so as long as there is, I think we’ve got a lot of back and forth sideways trading ahead. 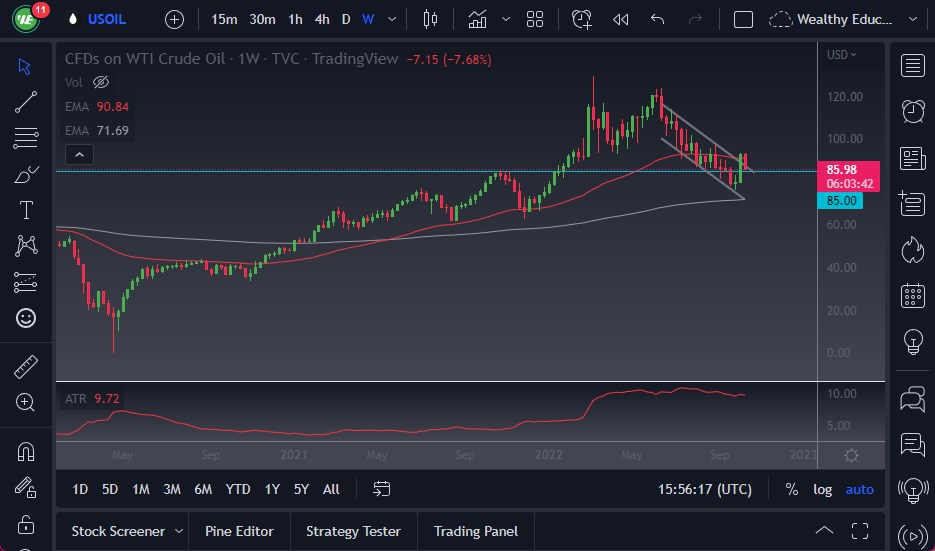 The EUR/USD has been volatile during the week, essentially going nowhere by the time it was all said and done. What this tells me is that we are likely to continue to see more sideways grinding in the spare, with a ceiling at the parity level. I still believe in fading rallies, but I think this is going to be a scenario where you are trying to find “cheap US dollars” on shorter-term charts. I do not expect the overall trend to change anytime soon as there are far too many issues in the European Union coming. 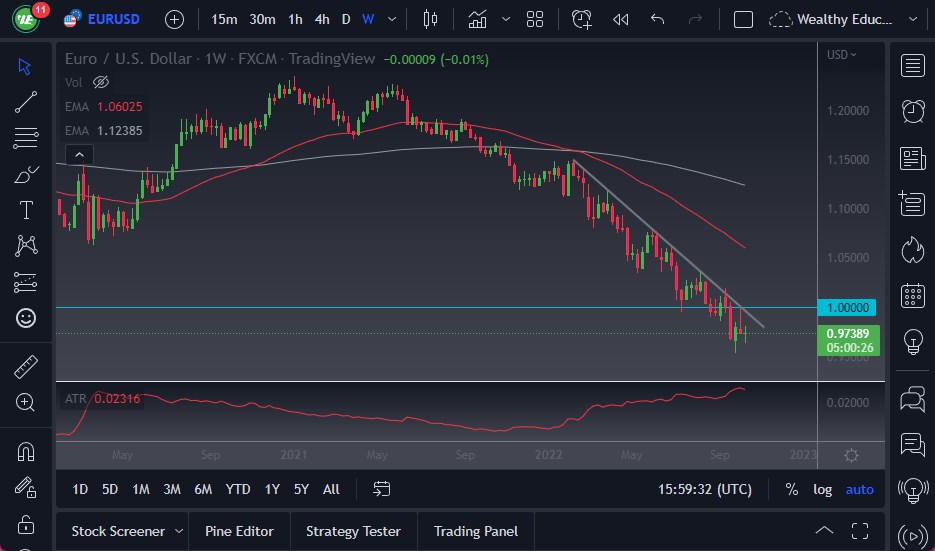 The GBP/USD has been slightly positive for the week, bouncing from extreme lows. That’s a good sign, but I think there are plenty of reasons to continue shorting the British pound, but we are little overextended. The 1.15 level is an area that been important previously, and as it’s likely that we will continue to see a lot of problems in the United Kingdom, so I am looking for shorting opportunities near that that region. In other words, I will be fading rallies going forward in this market and have no interest whatsoever in buying the British crown. 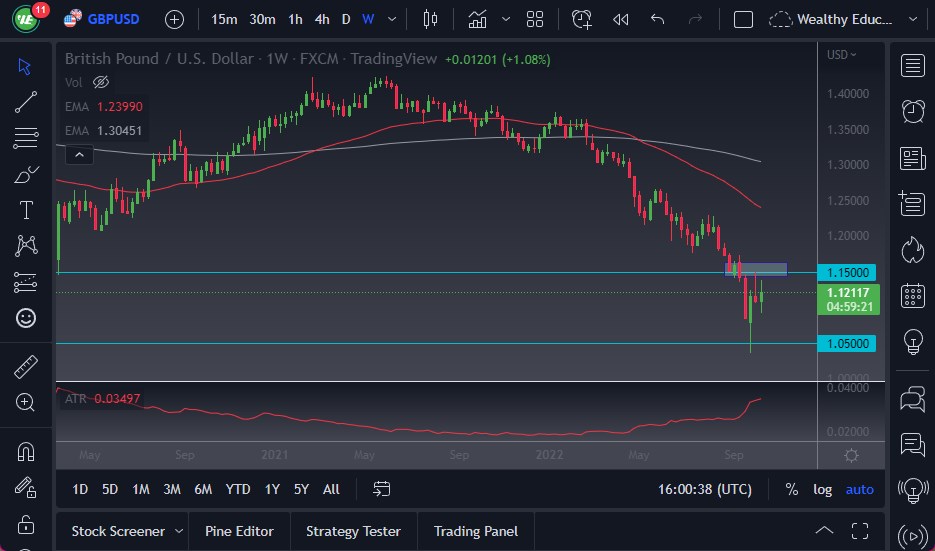 Gold markets have plunged during the course of the week, as the US dollar continues to throw massive volatility into the markets. As the US dollar rallies, the gold market will fall. In fact, I think it’s probably only a matter time before we see this market breakdown below the hammer from 2 weeks ago. In the short term, I like fading rallies, and a tree gold very much like the Euro. The $1680 level is an area that previously had been important, and now it will have a lot of “market memory built into it.” 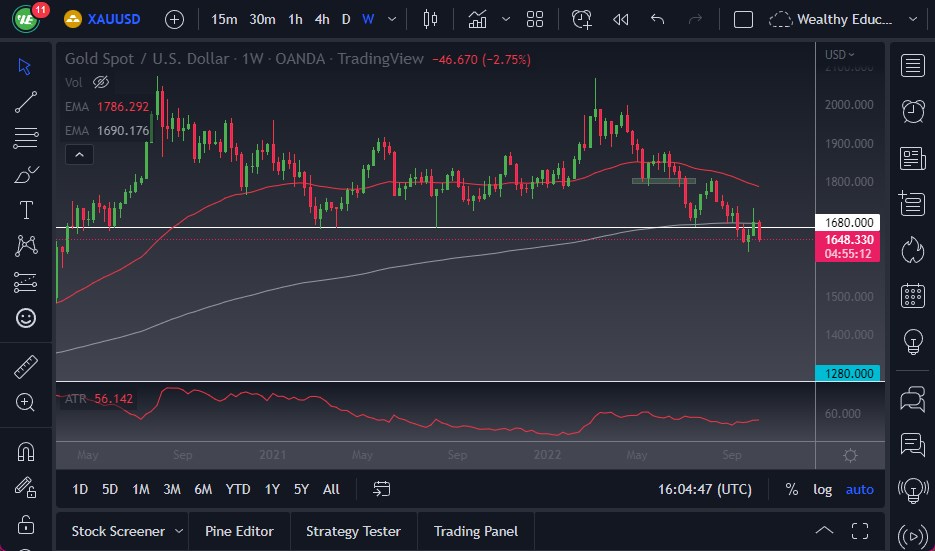 The USD/CAD has rallied again during the trading week, as the market continues to see a lot of bullish pressure. The 1.40 level above should continue to offer a lot of resistance. Short-term pullback should be a nice buying opportunity, and I think that the 1.35 level is a situation where we could find buyers coming to get into the market. Keep in mind that the Federal Reserve continues to be very hawkish, while the Canadians have a lot of issues, not the least of which would be a housing bubble popping in the Greater Toronto Area. 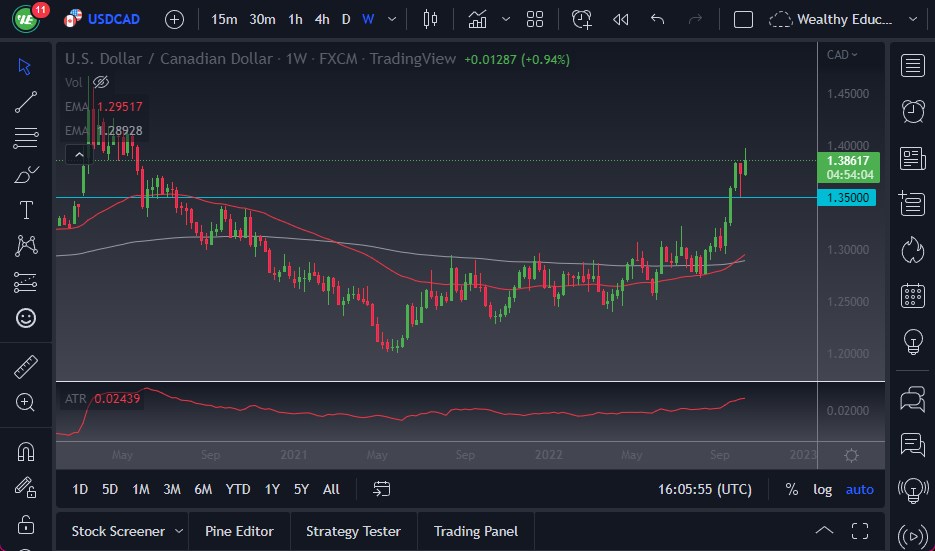 The EUR/JPY has rallied rather significantly and during the course of the week, reaching toward the ¥145 level. At this juncture, it looks like the market is ready to take off to the outside, which is a testament as to just how weak the Japanese yen is, and not necessarily an indictment on the Euro and its fortunes going forward. Ultimately, I think this is a market that breaks out above the ¥145 level and continues to go higher over the next several weeks. 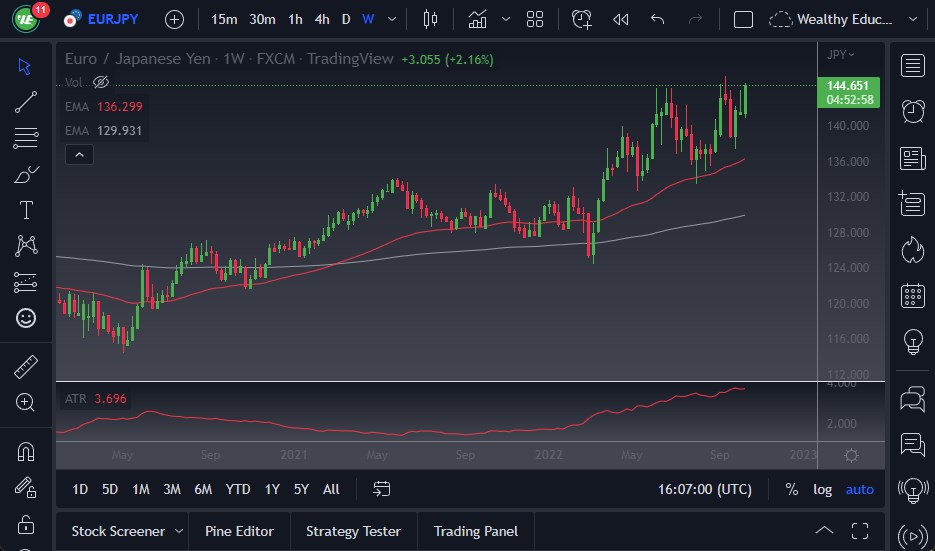 The S&P 500 plunged below the 3600 level and dipped even lower. At this point in time, the market did find a little bit of support, but given enough time I think there is only a matter of time before we see sellers come back into this market. After all, the Federal Reserve will have to be extraordinarily hawkish, and it should be going forward. The market will continue to see a lot of negative behavior, and now that we are in the midst of earnings season, there will be a lot of bad forward guidance to push this market down over the longer term. 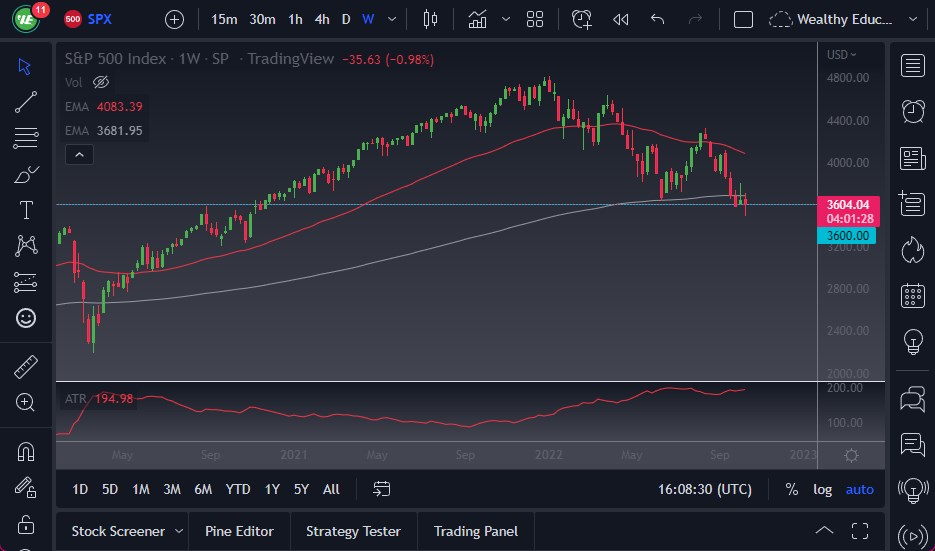 Ready to trade our Forex weekly analysis? We’ve shortlisted the best Forex trading brokers in the industry for you.

Crypto 3.0 Will Be More Human: Causes For Optimism In Tumultuous Times

Celo soars by 16% today as the broader market retreats

Goodbye Sats, It’s A ‘Bit’ Of A Bitcoin