As a result of the current market downturn, the majority of coins in the top 100 list (based on market capitalization) are in the red. Toncoin is the only token that has defied this trend over the past two days (TON). It saw significant increases during the preceding week, month, and 90 days despite the harsh crypto winter. However, what is Toncoin (TON), and what is behind its recent price increase?

Stick around till the end of this article to understand how this 10x coin is defying the bear market. 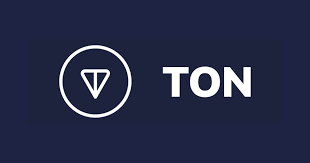 Toncoin was created as the token for use on The Open Network (TON) network. The Durov brothers, creators of a similar Telegram, launched the service in 2018. TON is a layer-one blockchain network developed by its user community to facilitate low-cost, low-energy transactions.

It is very scalable thanks to its use of the proof-of-stake voting process and its support for sharding. It was made to accommodate millions of customers making routine purchases, so it can easily scale to meet demand. In this sense, the network also enables many decentralized applications (dApps) to meet the requirements of its large user base.

The primary motivation for developing the network was the desire to mainstream digital assets and cryptocurrency transactions. Since Telegram has over 500 million users that may be interested in using TON, this felt like a natural step to take.

Why is the Toncoin Price Spiking?

In the previous week, Tocoin (TON) has seen a growth of almost 30% and since last month it has spiked by almost 40%. Because of this surge, it has been the top-performing token among the top 100 cryptocurrencies based on market capitalization during the last week.

Toncoin was trading at $2.42 at the time of writing, and the price has increased by almost 8% in the last 24 hours. But why do token prices seem to have risen so rapidly?

On October 26th, Toncoin’s price started to rise. The token increased in value from $1.40 on October 25 to $1.92 on October 27; this is more than a 35% increase. There were several possible triggers for the increase.

Some of the contributing factors are, for instance, Whatsapp, which is a rival of Telegram, experienced a major network outage the day before the increase.

Next, on October 26th, Toncoin was added to the trading platform of KuCoin, the fifth largest cryptocurrency exchange and also saw the announcement that the Ethereum-BNB Smart Chain Bridge for Toncoin was approaching completion among the team of developers working on the project.

Toncoin’s upward trajectory can be traced back to these occurrences, which accounted for an almost 250% spike in trading volume that day.

Toncoin’s value increased from $1.75 on December 6 to $2.61 on December 14. After the Fed announced that it would increase interest rates by 50 basis points a few days ago, however, the token and the rest of the cryptocurrency market fell.

Assets with Same, If Not More Potential Than Toncoin

The instant messaging company Telegram is putting a lot of effort into making blockchain a more integral part of its product. Toncoin may serve as a catalyst for the expansion of Telegram’s blockchain plans. This is fantastic news for the platform’s native cryptocurrency and its owners. Apart from TON, there are certain cryptocurrencies that are in the presale stages and are definitely worth investing in before the year ends.

The following are the tokens:

FightOut is a revolutionary Move-to-Earn (M2E) program and fitness center network in the making. Over $1.8 million was raised in a private auction that lasted only 7 days, indicating that the project is attracting the attention of crypto whales. The initial public offering is picking up steam.

There are a few areas in which FightOut excels over competing M2E software. An outstanding feature of FightOut is its ability to track more than simply step count when it comes to fitness.

You can get in shape with FightOut without spending a fortune on fancy NFTs, and you’ll be rewarded for actually trying to improve your health rather than merely checking off a few boxes.

FightOut’s new system involves an avatar that represents your in-app self and has physical traits like strength and cardiac health. By using the avatar, you may join a group in the Metaverse where physical health is a status symbol.

Your avatar’s statistics will increase in tandem with your real-world fitness achievements.

The first FightOut gym is scheduled to debut in Q4 2023. Every location will have a gym, an art studio, and a collaborative workspace.

FightOut’s ambassador program intends to recruit famous people, such as professional boxers and other top sportsmen, to help market the company through activities like master classes. The initiative has tremendous potential beyond 2023 due to the high demand for the token.

RobotEra is a Metaverse-infused platform where players may rule an expansive world and construct robot allies to help them on their adventures. In RobotEra, members of NFT communities may interact with one another to learn, build, and discover. Treasure chests await those that seek rare species and take part in challenges with similar objectives.

In addition, you have the possibility of creating an interactive environment in which you may finally feel like you belong at the performances and give in to the enchantment. Participating investors may get a head start in this new and intriguing ecosystem by purchasing $TARO tokens during the presale.

Up to this point, $563,000 has been collected through the presale. If you’re interested in checking out this platform and having some fun, you’d better move quickly if you want to purchase some $TARO tokens at a reasonable price.

Whether you’re an experienced investor or just starting out, Dash 2 Trade is a great resource for getting the data-driven insights you need to execute smart trades. There is a social sentiment analysis, a buy/sell signal for popular coins, and a grading system for pre-sales.

Increased spending on materials to help bitcoin investors avoid fraud that occurred after the FTX disaster. This has led Dash 2 Trade to declare an earlier launch date for their cryptocurrency trading platform, as well as an earlier end to their token presale.

There were supposed to be 9 presale stages where a total of 665 million D2T tokens could be purchased; presently, only 4 rounds remain, with a total of 66.8 million tokens on the market.

High demand for D2T tokens is expected because they are needed for most of Dash 2 Trade’s features. So far, $9.86 million have been raised and 75% of D2T tokens have been sold during the presale.

Non-fungible token (NFT) trade cards are used in Calvaria: Duels of Eternity, a strategic card game. Players construct decks of cards representing their characters and engage in combat with others in a realm based on the hereafter.

When players successfully complete a match, they are rewarded with NFTs, which can be purchased and sold inside the Calvaria ecosystem using RIA tokens. The owners of RIAs also get a voice in the game’s independent, decentralized administration (DAO). Individuals who are looking for a passive means of income can also stake the token.

Presale proceeds have accumulated to $2.45 million, which is 80% of the $3 million target. Unfortunately, the creators have decided to conclude the presale early, with just 13% of the tokens being made available as opposed to the original 300 million.

Read More: Toncoin is the 10x Coin Defying the Odds in a Crypto Bear Market