Halloween is almost here, and there’s one crypto that looks like it’s back from the dead — Huobi Token (HT -3.45%), which is up 112% over the past month. This surge is particularly impressive during a challenging period for the broader crypto market.

What is Huobi Token, what’s behind this rally, and why does it look like the rally could have legs? 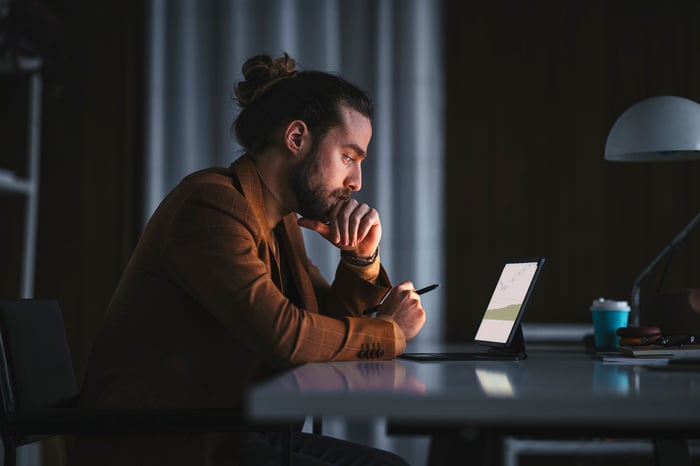 What is Huobi Token?

The Huobi exchange’s popularity once rivaled the likes of Binance and Coinbase Global, but China’s crackdown on crypto trading was a body blow to Huobi Global, which had a large presence in China. Huobi Token reached a price of nearly $40 in May 2021, but by June 2022, it had plummeted to $4.22, due to the ban in China as well as the broader crypto market sell-off. Huobi Global and Huobi Token were in need of a catalyst, and help was on the way.

Huobi Token has staged a furious rally over the past month and has its sights set on further gains. The rebound was spurred by news that a new investor, Hong Kong-based asset manager About Capital, had acquired the company from controlling shareholder Leon Li. About Capital is led by Ted Chen, who previously started Greenwoods Asset Management, one of China’s top hedge funds. About Capital vowed to invest new capital into the exchange and to work on international expansion. Chen is bullish on Huobi Global and the cryptocurrency industry as a whole, stating: “Huobi Global offers the best of breed virtual asset investment services to millions of international users. We believe the virtual asset industry is still in its early stage and there is tremendous upside for long term growth.” This was a boon for the exchange and token, but there was more good news to come. Huobi said that as part of its international expansion efforts, it would create a “global strategic advisory board led by leading industry figures” and it delivered on these efforts.

One of these industry leaders that Huobi managed to recruit to its advisory board is Tron (TRX -1.18%) founder Justin Sun. Sun is one of the most high-profile investors in the crypto scene and is also reportedly one of Huobi Token’s largest holders. Seventy-four million Huobi Tokens were reportedly transferred from Huobi’s wallets to two wallets associated with Sun and his Poloniex exchange, so Sun is clearly motivated to see Huobi Global and Huboi Token succeed. Sun has spoken about the importance of Huobi Token as a core part of Huobi Global’s value proposition and growth plans, and compared it to the integral role that Binance Coin has played in Binance’s success. Sun’s presence has brought significantly more attention to Huobi Token, and his extensive on-the-ground experience promoting cryptocurrency in places like South America and the Caribbean lend credence to Huobi’s international expansion plans. Sun also hopes that Huobi Global will one day reenter the Chinese market, if and when regulations allow.

Interestingly, Sun also announced plans to merge the Huobi ECO chain with the Tron and BitTorrent (CRYPTO:BTT) ecosystems and pledged to invest in building all three ecosystems, although it isn’t yet clear what this will actually entail.

Here’s why this all bodes well for Huobi Token and its investors. If About Capital and Sun are able to execute on their growth plans, Huobi Global will gain new users, which will drive more trading volume on the exchange. This will generate higher revenue for the exchange and Huobi Global is committed to using 20% of exchange revenue to buy back or “burn” Huobi Tokens each quarter, similar to how Binance burns Binance Coins. Burning these tokens reduces supply and theoretically makes the remaining tokens more valuable to current holders, in a manner similar to a company buying back shares of its stock.

Ultimately, it’s important to remember that investing in cryptocurrencies further down the list in terms of market cap can be a risky venture. There is no guarantee that Huobi Global’s plans will succeed, and there is lots of competition in the crypto exchange market. However, for risk-tolerant investors, Huobi Token has a lot of potential. Huobi still retains some name recognition and brand value from its heyday, and this, combined with the deep pockets and big ambitions of its new backers, make it an intriguing asset with a lot of upside. If they can build out Huobi Global, it will ultimately boost the value of Huobi Token as increased revenue from more transactions will fuel the burning of more Huobi Tokens.

Read More: This Under-the-Radar Crypto Is Up 112% in the Past Month — Here’s Why the Rally Could Have

Dustin Trammell On The Original White Paper Day, Corresponding With Satoshi And The Growing