News: US Treasury on the threat of crypto; failed corporate NFTs; SEC vs. Yuga Labs; Urbit 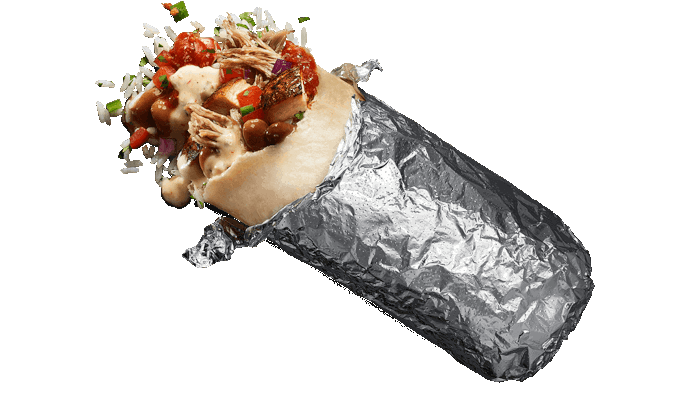 I had a chat recently with someone whose job involves worrying about systemic risks to the world economy. It’s horrible when investors get ripped off, and it must be stopped — but it’s even worse if crypto breaks the whole system.

I thought the main threats from crypto were:

The reason for 3. as a systemic risk is that fresh dollars from suckers are the necessary fuel for the risk to be really risky.

I said the best news was that the US Treasury are really on crypto’s case — and they care a lot. Here’s a nice report from the Treasury’s Financial Stability Oversight Council (FSOC). [fact sheet, PDF; report, PDF]

FSOC is loudly warning of stability risks if crypto’s “interconnections with the traditional financial system or their overall scale were to grow without adherence to or being paired with appropriate regulation, including enforcement of the existing regulatory structure.”

That is: the Treasury’s specific fear is that these bozos will contaminate the real economy with crypto’s slapdash incompetence and fraud.

The full report details a wide range of crypto market disasters, untethered speculation, liquidity fragmentation, manipulations, operational centralisation, bridge hacks, rug pulls and scams in general. The ongoing crypto meltdown caused by UST-luna and Three Arrows Capital gets a mention too — Amy and I will cover this bit in our next crypto collapse newsletter.

The real problem is that even those who do remember history are cursed to repeat it.

[CHIEF ECONOMIC STRATEGIST AT THE TREASURY] you say capitalism bad but use phone?
[10 FOLLOWER ACCOUNT CALLED “MILFING FREIDMAN”] if you look at the ways in which engels actually used the terms base and superstructure it’s clear the english translation has introduced a degree of

In July 2021, CNN announced with great fanfare its plan for NFTs for News! “Vault is a Web3 project by CNN to reflect on the world events we experience together. Collect NFTs of historic artistic interpretations from digital artists.” Anyway, they’ve just shut it down. [CNN Vault, archive; Twitter]

People who spent actual money on CNN NFTs are yelling that they’ve been rugpulled. Press Gazette estimated that CNN had taken in at least $329,700 by April 2022. CNN was actively promoting spending your money at Vault up to a few weeks before the shutdown. [Press Gazette; The Verge]

CNN claim Vault was just an “experiment.” This doesn’t really match up with the detailed project roadmap they published, which extends into 2023 with a “globe” icon. [CNN, archive]

Vault was running on Dapper Labs’ Flow blockchain. CNN has offered a refund of 20% of minting price — why only 20%? — in USDC stablecoins or FLOW tokens. Flow limits stablecoin withdrawals to $10 per transaction, with a $4 transaction fee. [The Block]

my advice to anyone who lives on twitter: don’t try to argue economics or politics with anyone who has bitcoin/”web3″ in their bio. they are living in a completely different spacetime reality to us. scientists cannot yet explain it

Mexican businessman and art collector Martín Mobarak takes today’s prize for Worst Person in NFTs. Mobarak said he had made 10,000 NFTs of a drawing that he tore from the pages of one of Frida Kahlo’s diaries, believed to be worth $10 million — and burned it to promote the NFT collection.

The authorities are not pleased with Mobarak: “the deliberate destruction of an artistic monument constitutes a crime in terms of the federal law on archaeological, artistic and historical monuments and zones.” The only good news is that there’s some doubt it’s a genuine Kahlo. [Independent]

The SEC is investigating Yuga Labs, the promoters of the Bored Apes, Apecoin and the Otherside metaverse virtual land sale. Amy Castor told you so in March. [Amy Castor; Bloomberg; Amy Castor]

The fashion world is still promoting NFTs! One brand’s evidence for consumer interest wasn’t anything so tawdry as “sales” for actual “money,” but … the number of views of something they built in Roblox. That is, the number of users who were in the vicinity at any given time.  With quotes from me. [TechMonitor]

Brian Roberts has quit as CFO of OpenSea and sold all his apes. He thanks OpenSea for the “rare opportunity,” and remains “incredibly bullish on web3 and especially OpenSea.” Just not bullish enough to stay financially involved in any way. [LinkedIn, archive; Twitter]

“Hey everyone!” said a Wal-mart executive to the single person in its new Roblox metaverse nightmare. [PC Gamer]

Facebook lets US Instagram users use NFTs anywhere on their sites! Everyone wants that in late 2022, right? [CoinDesk]

A grand total of six people have bought one of the chess.com NFTs since their inception in March 2022, for total sales of $1183. [Reddit]

I’m not trying to scam you I just mistyped NTFS

Former Pilsen footballer David Limberský and three other men are being investigated on allegations of attempting to extort 4 million Czech korunas (USD$160,000) at gunpoint. Limberský had paid the man for crypto mining rigs, and was unhappy with his profits. The man first offered Limberský crypto mining equipment. Then, when they (allegedly) put a gun to his head, he promised to return the money by the end of November. The target then left and called the police. [Novinky, in Czech]

Limberský has a track record of falling for con men. He said of Čenek Pazderka, who took him for millions in a luxury car scam through the 2010s:  “He was dressed luxuriously, he had expensive watches, he looked like he was successful, that his business was going well.” [Blesk, in Czech; Deník, in Czech]

Just the facts of the initial story convince me the “victim” is the bad guy here, and Limberský is not excessively equipped with good judgement or business negotiation skills. Even as pointing guns at people is rightly considered antisocial.

It’s been a slow few days on @web3isgreat.

Turns out there was a –allow-rugpull flag when deploying smart contracts, that nobody knew about and which defaulted to true. Default was changed to false in Version 0.15.6.1 and now smart contracts are secure.

Grayscale runs GBTC — a fund that buys bitcoins and sells you shares in them. (Or exchanges bitcoins directly for GBTC shares.) The GBTC shares are then sold in over-the-counter markets in the US. GBTC used to be priced above BTC itself, but has been down for quite a while. So Grayscale wanted to convert GBTC to a proper Exchange-Traded Fund (ETF). [Amy Castor]

Grayscale has filed its 100-page brief against the SEC for not allowing GBTC to be converted to an ETF, just because the bitcoin market is unregulated trash. Grayscale holds that the SEC’s refusal was arbitrary, capricious, and creates unfair discrimination between issuers — because the SEC already allows bitcoin futures ETFs, which Grayscale claims carry similar risks.

Grayscale also says the SEC’s refusal exceeds the SEC’s statutory authority — because the Exchange Act does not contain the “significant markets” test that the SEC has used in refusing this and other bitcoin ETFs. Good luck with that one, guys.

“The Commission received more than 11,600 comment letters on the Exchange’s rule-change proposal, with more than 99.9% favoring approval” — because Grayscale put up a website and bought public advertising telling customers to spam the SEC with form-letter comments. Grayscale doesn’t mention that bit, but I expect the SEC’s response will. [Brief, PDF]

(US) Crypto industry at large: We want the @CFTC to be our primary market regulator

They say damp records the past. If that’s so, I’ve got the biggest library yet

I have a half-finished blog post, that’s been in my drafts pile for a few years, on Urbit and its founder Curtis Yarvin, a.k.a. Mencius Moldbug. Yarvin is the founder of the political ideology “neoreaction,” a precursor to what we now call the alt-right — that is to say, neo-Nazis with big words.

I tried and failed to explain the idea of Urbit as a new paradigm for computation that combined functional programming with what happens when libertarian anarcho-capitalism goes so right-wing reactionary that it openly turns into Hans-Hermann Hoppe’s vision of neo-feudalism. But that previous sentence needs about a Wikipedia article per jargon word just to get started.

Tlon, the company developing Urbit, got a small amount of venture capital from Peter Thiel, then ran a “land sale” of Urbit addresses. The money seems to be running out — because Urbit has transformed into just another blockchain that runs the Ethereum Virtual Machine. It even has its own minor altcoin, $URBIT, not yet bridged or traded, which has been airdropped to Urbit users. They’re actively reaching out to DeFi and DAOs, trying to get them to set up on Urbit. After the crypto crash. [CoinDesk, archive; CoinDesk, archive; CoinDesk, archive]

Urbit already had NFTs. Even CoinDesk just straight-up called Urbit’s Milady NFT project a bunch of neo-Nazis in May this year — which somehow slipped past a senior editor. There’s only one kind of person with an Urbit address in their bio. [CoinDesk, archive]

Understanding how Urbit works doesn’t answer “yes, but why on earth?” — any more than the bitcoin white paper explains the…

Approving a spot crypto ETF is ‘all about political…

Why Currency Is the Best Performing Crypto Sector Despite…

The Crypto Market Outlook and 3 Altcoins to Consider Shorting

Bitcoin News Nov 23, 2022 0
Cardano (ADA), Algorand (ALGO) and COTI are three crypto altcoins that have bearish-looking charts and could…
Price

Approving a spot crypto ETF is ‘all about political power’…