Is Block Stock a Buy Now? | The Motley Fool

The tech sector has taken it on the chin lately as investors worry about an economic downturn. And companies connected to the cryptocurrency market are feeling the weight of FTX’s scandal and the massive pullback in crypto prices.

This combination has been particularly bad for Block (SQ -3.31%), formerly known as Square, a fintech company with exposure to both tech and Bitcoin.

But there are a handful of reasons why investors may want to give Block a chance despite the gloomy picture right now. Let’s take a quick look at why. 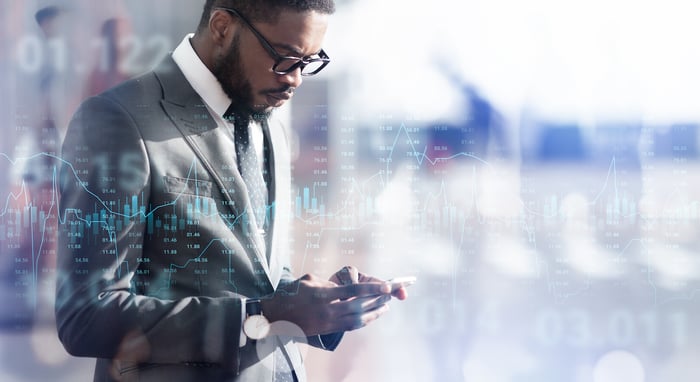 It’s worth taking a little time to explain why Block’s stock is down a staggering 63% over the past 12 months. First, part of the drop has come from a generally negative sentiment on the market as investors worry about rising inflation, higher interest rates, and the potential for a recession.

Second, at least part of Block’s business is tied to Bitcoin, which, like every other cryptocurrency, is performing very poorly right now.

Block’s Cash App — a peer-to-peer payment app — is the company’s biggest revenue generator, and one of its features is to allow users to buy and sell Bitcoin. Bitcoin trading accounted for about 40% of total sales in the third quarter.

Additionally, Block posted a net loss of $15 million in the third quarter, down from earnings that were flat in the year-ago period.

While all of this baggage isn’t exactly great for Block right now, there are some reasons to be optimistic about the company’s future.

While Bitcoin has been a drag for Block recently, investors should remember the company is nowhere near dependent on the cryptocurrency.

For example, if you back out Block’s Bitcoin revenue in the third quarter, the company still increased its sales an impressive 36% to $2.75 billion.

Cash App was a very popular way for people to pay each other (and even pay businesses) before it became a way to buy and sell Bitcoin, and it can certainly continue to stand on two legs even if Bitcoin’s struggles go on.

Consider that Cash App had $774 million in gross profit in the third quarter, an increase of 51% year over year. That growth was helped by the company’s debit card — the Cash App Card — which has gained significant traction and now has 18 million active users, up 40% year over year.

Block’s Square business is performing well right now as well, with the segment generating $783 million in gross profit, an increase of 29% year over year.

And gross profit across all of the company’s businesses — which include Cash App, Square, TIDAL, and its blockchain business TBD — rose 38% to $1.57 billion in the third quarter.

So while Block has suffered some setbacks because it focused some of its attention on Bitcoin, there are plenty of things that are still going right for the company.

Why Block could still be a good investment

For the reasons listed above, there’s a case to be made for opening a small position in Block right now.

Not only are the company’s core businesses seeing solid growth and new businesses like its Cash App Card growing their customer base, but Block’s stock is also selling for a relative discount. Its price-to-sales ratio is currently below 2, down from a multiple of about 5 times sales this time last year.

Just remember that you’ll need to be patient with this stock right now as the tech sector continues to take the brunt of a volatile market.

XRP Price Forecast 2023: Ripple gears up for a bright future if it wins legal battle with