As it prepares for a more challenging climate in 2023, investment bank Goldman Sachs plans to lay off up to 8% of its personnel, according to a source with knowledge of the situation, as reported by The Wall Street Journal on Saturday.

Bloomberg estimates that 4,000 people may lose their jobs as a result of CEO David Solomon’s efforts to stem the bleeding of falling profits and sales.

As a result of a slowdown in mergers and stock offerings, revenues have plummeted this year, and these layoffs are the latest indication that Wall Street retrenchment is intensifying. 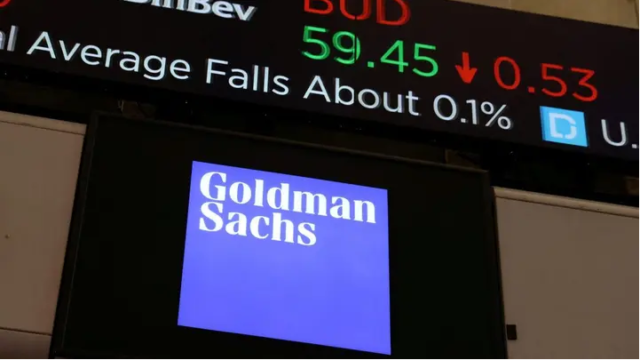 Goldman Sachs recently announced plans to spend tens of millions of dollars to purchase or invest in crypto firms, following the collapse of crypto exchange FTX, which dealt a significant blow to valuations and depressed investor interest.

The failure of FTX is the latest in a string of high-profile insolvencies this year, but the investment bank’s readiness to pour vast sums of money in the sector indicates that it sees a future in cryptocurrencies.

While cryptocurrencies are “extremely speculative” according to Solomon, he is positive on the underlying technology as its infrastructure matures.

Mathew McDermott, director of digital assets at Goldman Sachs, told Reuters that the collapse of FTX has reinforced the need for more reliable, regulated cryptocurrency participants, and that large banks see a chance to gain market share.

“We do see some really interesting opportunities, priced much more sensibly.”

It wasn’t known how the bank’s job cuts will affect its plan to invest into or buy crypto companies.

Meanwhile, reports have it that the redundancies at Goldman will affect every division of the business and will likely occur in January.

This year, Wall Street is coping with a weaker revenue landscape after a two-year upswing in acquisitions and hiring ceased. Goldman, headquartered in New York, was the first prominent lender to let go of employees in September, but just a few hundred workers were given the pink slip.

Goldman’s woes have been exacerbated by its spending on technology and integration of operations, with market experts forecasting a 44% decline in the firm’s adjusted annual profit.

“Our expense lines continue to face headwinds, particularly in the near future […] we’ve implemented expense-mitigation strategies, but it will take time to see the benefits.”

Goldman Sachs had over 49,000 employees at the end of the third quarter, having hired a substantial number of individuals in response to the COVID-19 crisis. According to sources, the workforce will remain above pre-pandemic levels.

In search of cheap power and land, crypto companies look to…

ReduX: Hi-Tech Crypto Investment with Token Can Be Switched to Shares of Traditional Stock

Bitcoin News Jan 28, 2023 0
By Todd Phillips Regulators must get the authority and resources to better supervise existing products…
Blockchain

NerveNetwork (NVT) Rises 1.67% Saturday: What’s Next for This…