With help from Derek Robertson

Crypto pioneers see themselves as architects of a new future, but a big bank’s move this week has them worried that Washington may effectively hand that future to established players.

In one sense, this is a huge milestone for institutional crypto adoption. But one prominent Bitcoin evangelist is not celebrating.

For Caitlin Long, the founder of Wyoming-based crypto bank Custodia, “It was a surprise,” and not a good one, she told me.

Long’s bank applied for a master account that would give it access to the Federal Reserve back in 2020. After encountering delays, Custodia (which prefers the label “dollar-and-digital-asset bank”) sued the Fed’s overseers in June to force the issue. Yesterday, it lodged a new filing in response to the BNY Mellon news, arguing that it undermines the Fed’s reasoning for delaying Custodia’s access to an account — that integrating crypto-native upstarts into the central banking system presents big risks.

As crypto grows and matures, crypto upstarts and the industry’s reigning heavyweights are competing for the spoils of the transition to digital assets. (Just as central bank digital currencies, stablecoins pegged to sovereign currencies, and native cryptocurrencies are competing to dominate the future of digital money).

The long-running fight between Custodia and the grandees of the U.S. banking system could influence the evolution of the sector by tilting the playing field one way or the other. It could also influence the ways in which newly regulated industries approach Washington, as some crypto firms test the proposition that confrontation will get them further than cozying up.

The Fed has said that it needs time to scrutinize applications from crypto-native banks like Custodia because integrating them into the central banking system presents difficult-to-understand risks.

In August, it issued guidelines that apply greater scrutiny to crypto upstarts seeking access to the central banking system than to established, federally regulated banks that branch into crypto, on the basis that the latters’ risk controls have already passed regulatory muster.

The guidelines call for banks that already participate in the central banking system to notify the Fed before undertaking crypto-related activities and stand by for feedback. A spokesman for BNY Mellon did not respond to questions about any contacts it had with the Fed or other federal regulators regarding the new crypto offering.

In yesterday’s filing, Long’s bank argues that if a major player like Mellon — one of 30 banks in the world deemed “systemically important” by global regulators — can offer crypto services without threatening the stability of the banking system, then a smaller upstart like Custodia can, too.

“The reserve bank is making decisions that discriminate against new entrants in favor of incumbents,” Long said in our interview. A spokeswoman for the Federal Reserve Board of Governors, Laura Benedict, declined to comment.

Whether or not the Fed’s overseers really are giving Long as a raw a deal as she alleges, the scorched-earth fight she’s waging is probably not doing anything to endear her to them. In true crypto fashion, Custodia’s original complaint not only demands action on its master account application but also challenges the constitutionality of the Federal Reserve system itself. It argues, among other things, that its structure violates due process guarantees by giving economically self-interested entities regulatory power over their rivals.

This is not how traditional banks do business, to put it mildly.

“Banks are really afraid to sue the regulators, because they’re also supervised and examined by the regulators,” said Meg Tahyar, who heads the financial institutions group at global law firm Davis Polk. “There’s a concern that the regulators will retaliate.”

Crypto firms aren’t exactly snubbing Washington — in fact, they have spent lavishly on lobbying — but some have supplemented those efforts with a confrontational approach to the powers that be that distinguishes crypto upstarts from the incumbents they’re seeking to disrupt. Custodia isn’t even the only crypto firm to bludgeon a federal regulator in court this week.

In a brief filed Tuesday as part of its suit to force the SEC to approve a Bitcoin ETF, digital asset manager Grayscale blasted the agency’s rejection of its product as “arbitrary, capricious, and discriminatory.”

While the original ethos of crypto was about avoiding government oversight at all costs, the new look is forcing the government to deal with you, whether it wants to or not.

Celebrate World Standards Day on October 14th. Standards are critical to technological innovation – they’re why cell phone users can call each other on different handsets, why IoT devices from several manufacturers can connect across a network and more. They are at the heart of the accelerated innovation cycle in telecom, and Ericsson has played a leading role in standardization bodies like 3GPP. Learn more.

One of America’s highest-profile crypto boosters in office is Miami Mayor Francis Suarez, who’s been pushing to establish the city as a crypto-friendly startup hub a la Austin, Texas.

This morning at the Reboot conference in Miami, hosted by the right-leaning tech policy think tank the Lincoln Network, Suarez made the case for taking his sunny, pro-Bitcoin, free-market philosophy nationwide — hinting very concretely at presidential ambitions he’s previously referenced only in the abstract.

“If 2024 is about the next generation, and 2024 is about speaking to large minority communities — for example, Hispanics tend to be trending Republican, and I happen to be Republican — if 2024 is about this inflection point of a transition to a new economy… if the mood shifts, that could be an atmosphere that I could thrive in, because I seem to be the only person that fits those criteria,” Suarez said.

Suarez boosted his national profile during the Covid-19 pandemic as many other mayors did, although a 2024 presidential run would still be a wildly ambitious leap for the 45-year-old politician. But if his read on the pulse of the American electorate is correct — that it’s thirsty for what the Reboot conference itself is pitching, a tech-powered rejuvenation of stodgy American bureaucracies — he’s positioned better than most to capitalize on it. — Derek Robertson 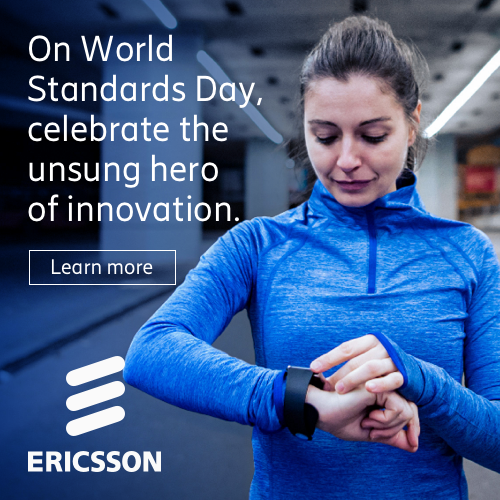 Quantum computing is a matter of the utmost geopolitical importance — consider NIST’s big cryptographic competition to “quantum-proof” America’s information systems (that is, make them resistant to theoretically hyper-advanced quantum computers that could break into any system).

But it’s a big deal in Europe, too, especially in the realm of industrial policy. The European Union is pushing to reach a sort of quantum sovereignty, where it won’t have to rely on imported parts — or science — to build its own quantum computers.

At a meeting of the European Parliament yesterday, Margerethe Vestager, the European Commissioner for Competition, touted Europe’s recent achievements in the field (including two EU-based quantum physicists winning the Nobel Prize for Physics last week), acting as booster-in-chief for Europe’s quantum ambitions.

“Hype gives engagement, it gives passion, that gives the drive to keep focusing and get things done … I think Europeans should say, ‘wow, we have something going for ourselves,’” Vestager said.

She also noted that Europe’s “people market,” as she described it, is currently oriented toward attracting academic talent over business talent, framing the EU’s recent Chips Act as a step in the right direction toward attracting more capital — the kind of competitive, pro-industrial-policy argument that might sound a little bit familiar to American readers. — Derek Robertson

Ben Schreckinger covers tech, finance and politics for POLITICO; he is an investor in cryptocurrency.

If you’ve had this newsletter forwarded to you, you can sign up and read our mission statement at the links provided.

On World Standards Day, celebrate an unsung aspect of innovation. Standards are an often underappreciated aspect of technology development – they are critical to the progress of innovation in telecommunications and are why the industry has gone from 2G to 5G and beyond in just a few short years. Ericsson has helped lead the development of those standards, and on World Standards Day, we reflect on why standards matter, and why a strong patent system is so critical to keeping the cycle of innovation moving forward. Learn more.

Learning About Bitcoin Is The Path To Financial Freedom

Investment in Indian crypto start-ups declines by 75% in 2022