On-chain data shows a Bitcoin whale has recently transferred around 500 BTC that had been previously dormant for around 5 to 7 years.

As pointed out by an analyst in a CryptoQuant post, this movement of 500 BTC has come following the 5k BTC shift in 7 years+ old coins a while back.

The relevant indicator here is the “Spent Output Age Bands” (SOAB), which tells us how many coins the different Bitcoin age bands are transferring on the chain currently.

The age bands refer to groups based on the amount of time a coin has remained still for in a particular address. For example, any coin that hasn’t shown any movement for between 2 and 3 years will be included in the 2-3 years band.

If this coin transfers to another wallet, then the movement will naturally show up as a spike under the SOAB of 2-3 years.

Now, the relevant age band here is the 5-7 years one. Here is a chart showing the Bitcoin spent output data for this group: 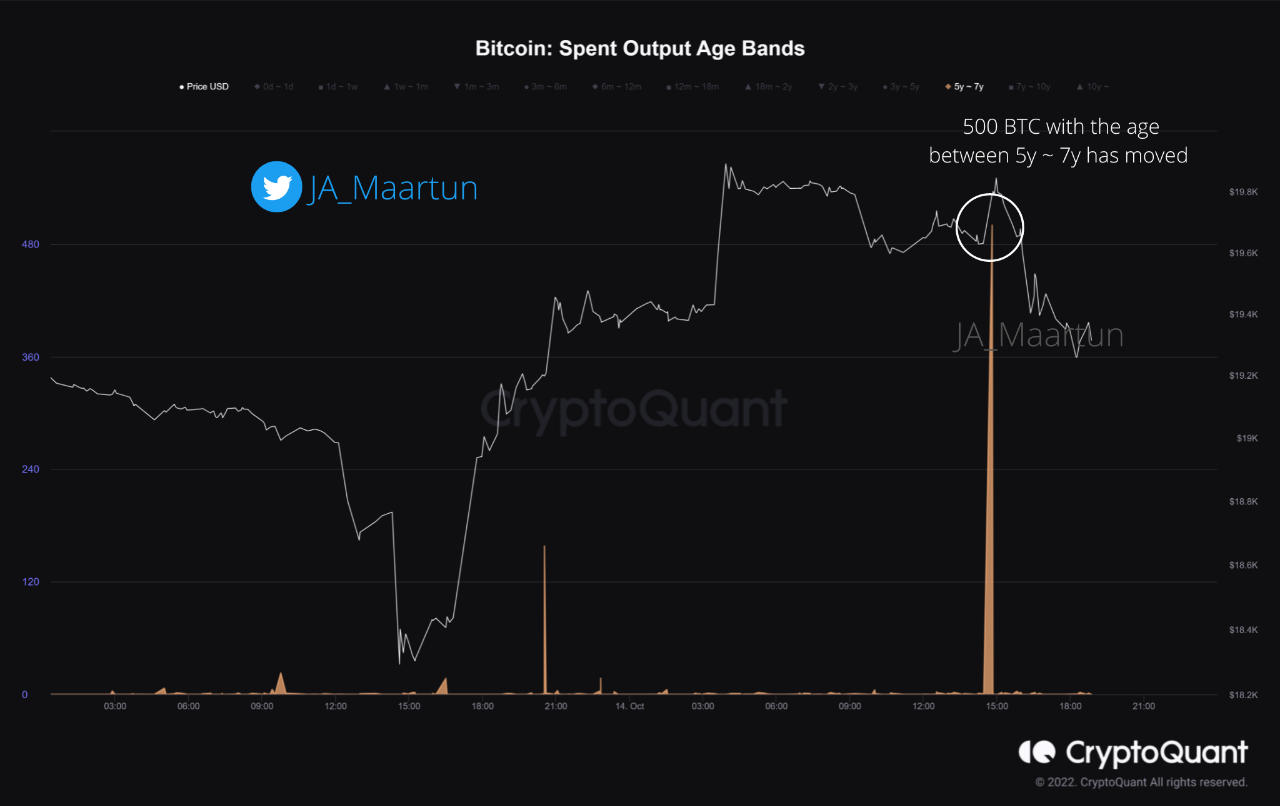 As you can see in the above graph, the Bitcoin 5-7 years age band observed a sharp value just a couple of days back.

The spent output spike amounted to around 500 BTC being moved, possibly by a whale. While sizeable, this transfer is still much smaller than the 5k movement of 7-10 years old coins some time ago.

So, where did this latest transfer go to? The exchange inflow SOAB, a modified version of the metric that measures movements specifically involving exchanges and not the entire chain, may contain hints about it.

The chart below highlights the trend in this indicator. 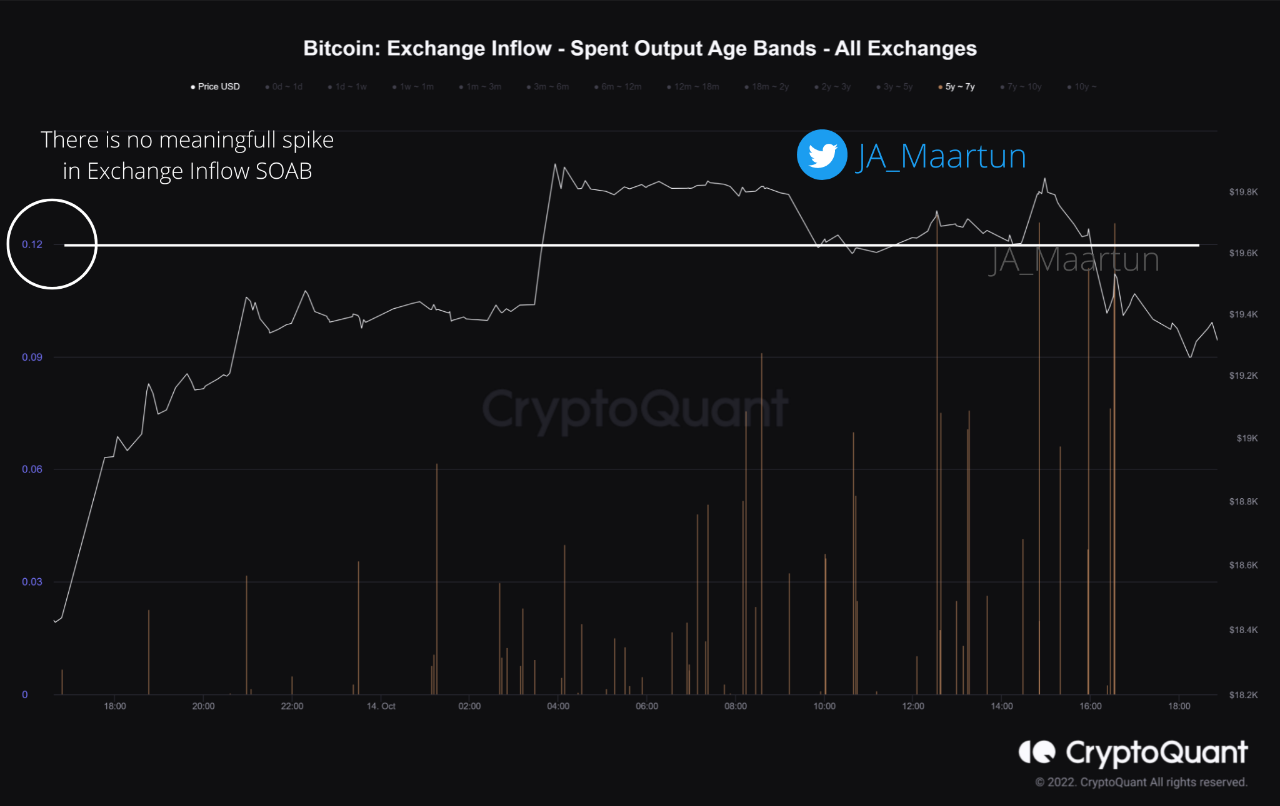 From the graph, it’s apparent that there have been no spikes out of the norm for the exchange inflow SOAB in the last few days.

This suggests that the whale transaction of the 5-7 years old coins was likely not going to centralized exchange wallets. Thus, it was probably an over-the-counter (OTC) deal if the whale made the transfer with the intent of dumping. But if it wasn’t, then perhaps it was only a transfer to a different personal wallet.

At the time of writing, Bitcoin’s price floats around $19.1k, down 2% in the past week. Over the last month, the crypto has lost 3% in value.

Moonbeam (GLMR) Review: What Is It And Why It’s Becoming a Big Deal?

Bear market cycles: Is Bitcoin price lower than 5 years ago, or has it doubled?

One Crypto Firm Poses Bigger Risk to Markets Than FTX, According to Ava Labs…

Bitcoin News Nov 27, 2022 0
The president of the tech firm behind Avalanche (AVAX) says that the implosion of a major digital asset…
Policy

After More Than 380 Days, Crypto Supporters Celebrate Surviving the…

SpaceChain Paves the Way for High-speed Blockchain Processing in Space…

Litecoin ($LTC) Price Could Surge Over 400% While Leading Altcoin…

How low can the Bitcoin price go?