Bitcoin price will provide patient investors an opportunity to accumulate before $20,000

Bitcoin price is consolidating inside a tight range since November 21. Over the last three days, this range has tightened, signaling that a volatile move is likely.

Bitcoin price hints at an opportunity

Bitcoin price has produced three higher lows and higher highs since November 21. Connecting these swing points using trend lines reveal an ascending parallel channel. Investors can see that the last 24 hours has produced a tight consolidation below the midpoint of this setup.

A spike in buying pressure that pushes Bitcoin price to sweep the range high at $17,433 will be crucial. If this move fails to stay above the said level and slides below it, it will signal a bearish in play. In such a case, Bitcoin price will likely aim to retest the $16,502 level, indicating a 5.36% drop from the range high.

From a high timeframe perspective, this area is a good level to accumulate, especially if Bitcoin price is in a bear market rally. If true, BTC will revisit the $19,235 hurdle and the $20,000 psychological level. 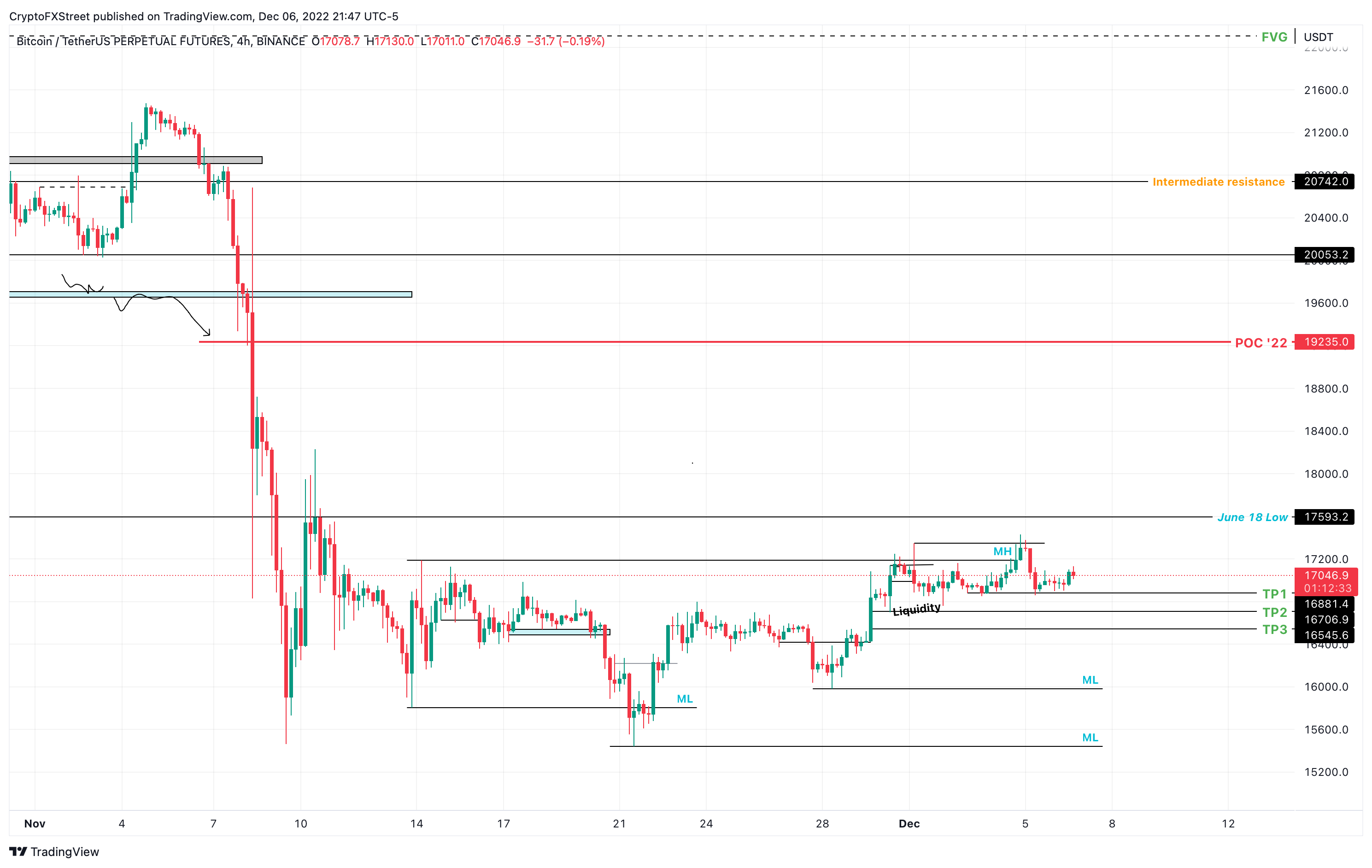 On the other hand, if Bitcoin price fails to build up momentum for the uptrend but instead kick-starts a downtrend, then investors can still look at accumulate at $16,502. However, if BTC breaks down this level on a four-hour timeframe by producing a decisive close below it, things will start to skew in the bears’ favor.

This move will invalidate the bullish thesis and potentially target the equal lows at $15,462.

Read More: Bitcoin price will provide patient investors an opportunity to accumulate before $20,000