Bitcoin Déjà Vu: What You Can Learn From Previous Downturns | The Motley Fool

As Mark Twain once famously remarked, “The report of my death was an exaggeration.” The same can be said for Bitcoin (BTC 0.56%). Pundits have prognosticated its demise at least four times in the past. There have been two previous “crypto winters” and four previous bear market crashes. Each time, experts said the cryptocurrency could not possibly recover.

So the current market collapse for Bitcoin is nothing new. We’ve seen this story before. Call it Bitcoin déjà vu, because it keeps happening over and over again. If we are seeing the same pattern now in 2022, then now is not the time to be dumping the cryptocurrency. Here is what we can learn from its previous market downturns.

Bitcoin will bounce back, but it will take time

One big lesson is that Bitcoin doesn’t turn around overnight. You have to be patient and adopt a long-term perspective. There have been four previous downturns, and in three of those, it took the crypto at least 20 months to recover. In two of those, it took it 36 months or more to regain full health. The important thing to keep in mind is that Bitcoin has been surprisingly resilient throughout its history. 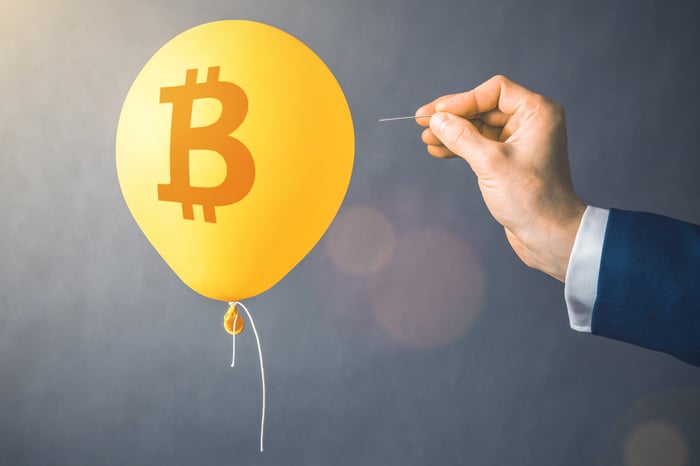 Not only has it bounced back each time, it has reached a new all-time high each time upon its recovery.

In every Bitcoin downturn, there has always been tremendous pressure to capitulate. There is usually one completely unexpected market event that causes the entire crypto market to crater, and this is quickly followed by regulators weighing in and a broad loss of trust in crypto by retail investors. This usually leads to even more panic selling.

At some point or another, every Bitcoin investor has probably felt some pressure to capitulate. When the smartest talking heads on financial news channels are telling you that Bitcoin is a “fraud” or a “delusion,” it can be hard to argue otherwise.

Take 2011, for example, which was arguably the worst Bitcoin meltdown ever. The high-profile hack of Mt. Gox, a major Japanese cryptocurrency exchange, precipitated a completely unexpected sell-off in the cryptocurrency. At that time, Mt. Gox traded the majority of Bitcoin in the world, so investors were rightly concerned about the crypto’s future.

Investors now refer to this event as the Bitcoin “flash crash” because it lost 99% of its value nearly overnight. It plummeted from $32 to $0.01, and only the Bitcoin true believers thought it was ever coming back.

Buy and hold is the optimal market strategy

There is a reason why Bitcoin investors frequently use terms like “diamond hands” to describe what it takes to hold on to it during the worst of these market downturns. You need to have nerves of steel and hands of diamond. During these difficult moments, they constantly implore one another to “buy and HODL” for the long term. Yes, there is tremendous pressure to capitulate, but the people who can claim truly life-changing gains on their Bitcoin holdings are the investors who continued to HODL through dramatic market meltdowns in the past.

If there is one crypto to buy and hold for the long term, it’s Bitcoin. The returns speak for themselves. Someone who invested in Bitcoin from the very start and held on to it through two crypto winters and four bear market crashes would now be up 16,175%. This is not to say that Bitcoin will continue to have remarkable market recoveries in the future, or that it will emerge from the current crypto winter unscathed, but based on its historical price performance, it’s certainly not out of the question.

Read More: Bitcoin Déjà Vu: What You Can Learn From Previous Downturns | The Motley Fool

Why Currency Is the Best Performing Crypto Sector Despite FTX Fallout